10 Best Vegetables to Start Growing in Your Garden

Growing your own vegetables is an extremely rewarding experience.

From sowing the first seeds to enjoying your own home-grown vegetables as part of your Sunday roast, growing your own food will give you a tremendous amount of satisfaction.

Rather than following the 5-a-day rule, the NHS believes that we should be aiming to eat 10 portions of fruit and vegetables each and every day to cut the risk of early death.

Growing your own vegetables will help you to easily increase the amount consumed within your diet.

You’ll also find that your home-grown vegetables will have far more flavour than those purchased from your local supermarket.

What’s more, you’ll also save a bundle of money, as packets of seeds typically cost under a pound and will likely produce several crops.

Growing vegetables is also a great way to encourage young children to eat more of their greens. By involving them in the entire growing process, they will have the opportunity to get outside in the fresh air and get their hands dirty, while learning about nature and how our food is produced.

With the many benefits in mind, we’ve put together a list of our top 10 vegetables to start growing in your garden, today. Enjoy! 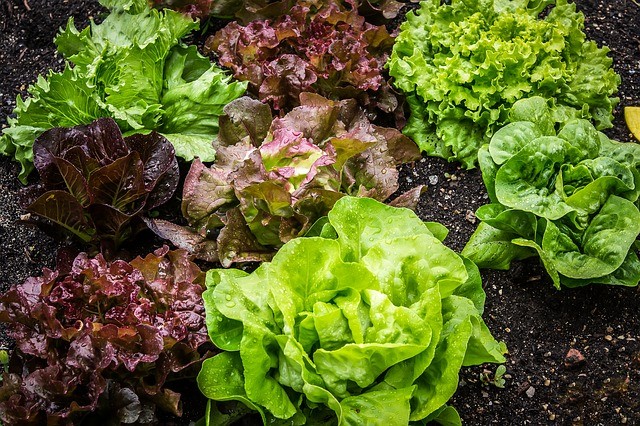 Salad leaves are one of the easiest vegetables to grow in your garden, whether in containers or in the ground.

One of the best things about growing salad leaves is that they can be grown throughout the entire summer, meaning that you can have a constant supply of fresh salad leaves for a few months.

We recommend sowing seeds every time the previous batch has germinated to ensure a continuous supply.

When to sow: throughout summer

When to harvest: 3 weeks after sowing 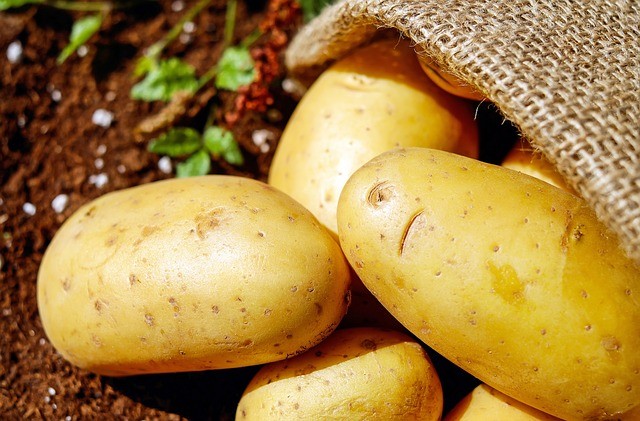 Potatoes are a staple ingredient of many of our home cooked meals. They’re so versatile, as they can be boiled, fried, mashed or baked.

There are also many different varieties that you can grow in your own garden.

‘New potatoes’ or ‘earlies’ are ready to harvest much earlier than maincrops and both varieties can be grown in the ground or in containers.

When to sow: earlies can be planted late winter and remaining varieties in April

When to harvest: earlies in June/July, maincrops August to October 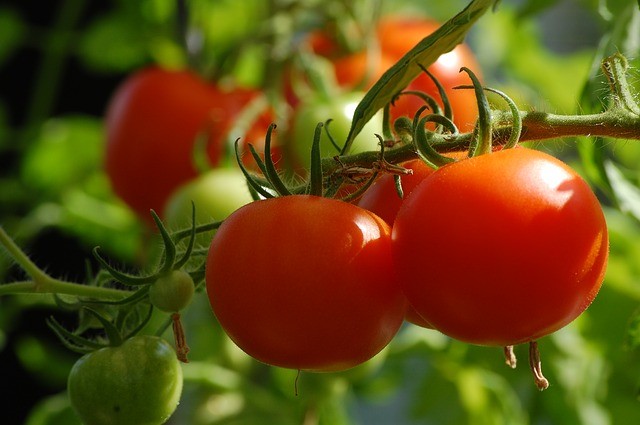 Another great choice for home growing is the humble tomato.

These are best grown either in a greenhouse or a patio pot. They’re very fast-growing, which makes them a great vegetable to grow with your kids, as they’ll see changes on a daily basis.

They are also very easy to maintain, as they don’t need training or side-shooting – just give them water and the occasional feed, and they’ll grow just fine.

We recommend leaving them in the sun to ripen.

When to sow: March to May

When to harvest: July to October 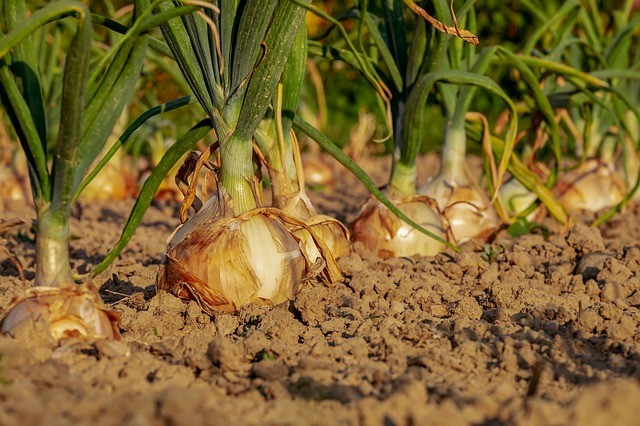 Like potatoes, onions are a versatile vegetable that’s a staple ingredient in many recipes, meaning that you’ll be able to get the most out of your crops with very little wastage.

Onions are also great for those short on time, as they demand very little maintenance.

They are best grown in sunny, sheltered areas of your garden, in well-draining soil with a pH above 6.5.

When to sow: March to April

When to harvest: late summer to early autumn 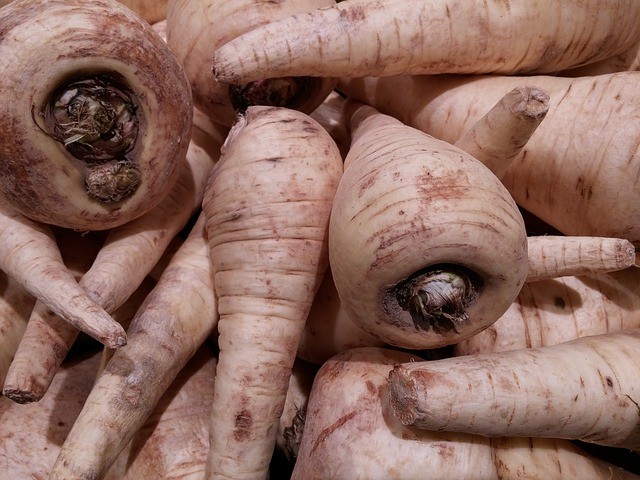 Parsnips are the perfect accompaniment for a Sunday roast, and you may be surprised to hear that they are also easy to grow and require very little maintenance.

Parsnips are best sown during springtime, in the ground, in an open sunny area.

When the foliage starts dying back, around late summer and into autumn, use a fork to carefully lift them out of the ground.

When to sow: spring

When to harvest: harvest season 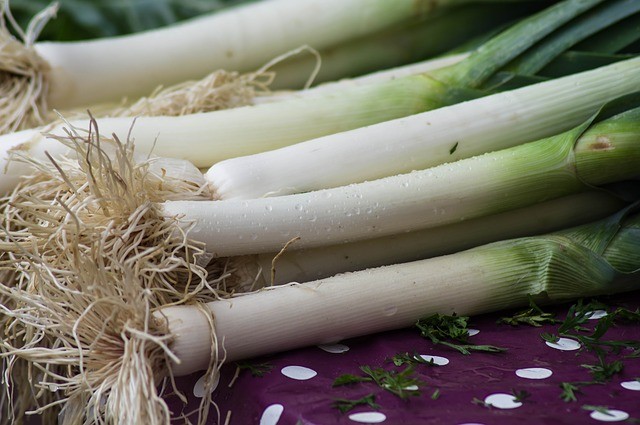 Leeks are flavour-packed vegetables that are ideal for winter dishes, such as broths, soups, stews and casseroles.

Although leeks are easy to grow, they do require a certain amount of upkeep, to ensure they remain healthy.

The seeds should be sown in containers and then the seedlings moved into the vegetable plot later in the season. This is because they are quite slow-growing, so would otherwise take up valuable space early in the season that could be used to produce faster-growing vegetables.

They will require regular weeding and lots of water during dry summers.

When to sow: spring

When to harvest: autumn to late winter

Runner beans are climbing plants, so you’ll need to give them plenty of space to grow and train them to grow up a support frame.

You can construct a simple frame using wire and bamboo, or even a garden trellis.

As long as they are kept well-watered, you can expect to receive a constant supply throughout the entire summer.

They’ll taste much better than shop-bought varieties, too, which are often imported from overseas.

When to sow: April to July

When to harvest: throughout summer 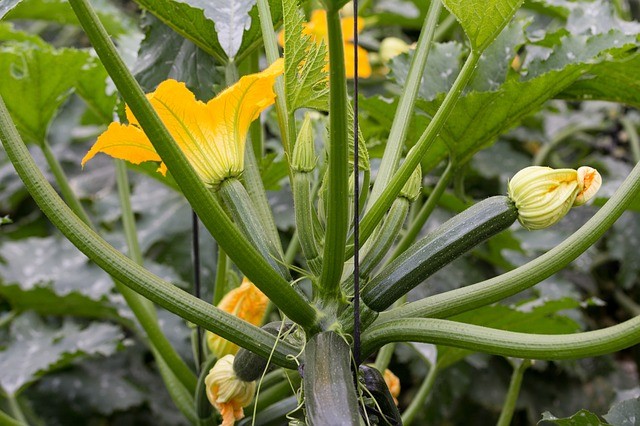 Courgettes are easy to grow in large patio containers, making them simple to maintain.

You’ll likely receive around 30 courgettes per plant, too, offering a fantastic return on a single seed.

We recommend sowing the seeds indoors, initially – around April time – and then moving them outside once the risk of frost has passed.

When to sow: May to June

When to harvest: pick whilst they are small to ensure a long cropping period 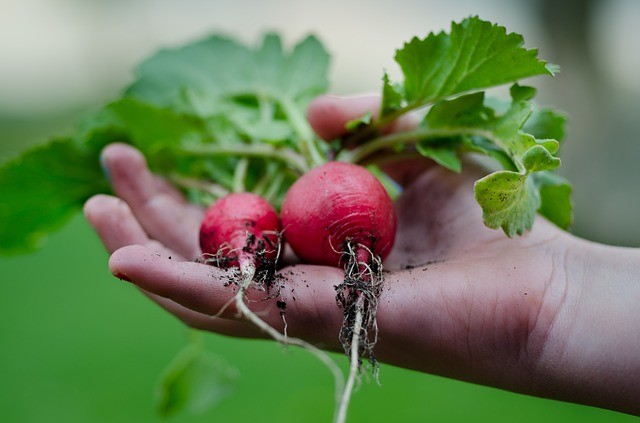 Another easy to grow vegetable on our list is the delicious radish.

They are also very fast-growing and you can expect to harvest them just four weeks after sowing, making them another great vegetable to grow with young children.

You can sow them every two weeks, in fertile soil, which will produce a constant supply throughout summer.

When to sow: March to mid-August

When to harvest: every 4 weeks for best flavour 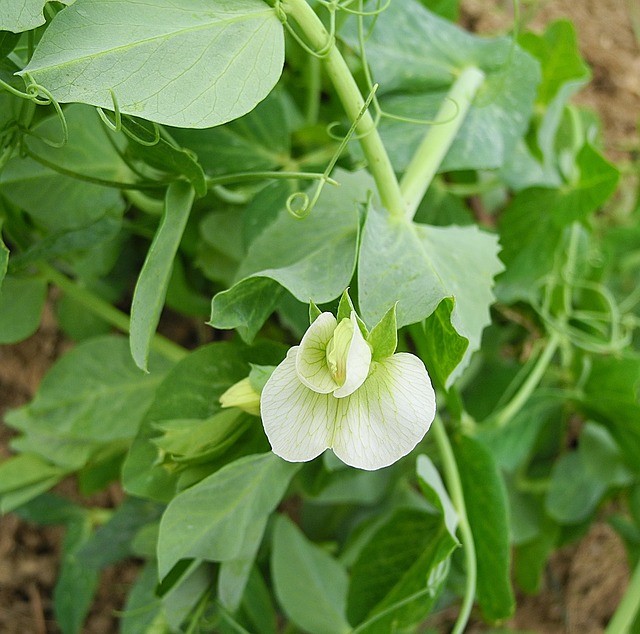 Peas are sown directly into the ground between March and June, and are ready to harvest throughout the summer months.

Like runner beans, peas are climbers, and will therefore need a support frame to aid their growth.

Once picked, you should consume them as quickly as possible, for the best flavour.

When to sow: March to June

When to harvest: June to September

We hope that you have enjoyed our list of 10 of the best vegetables to grow in your garden, and perhaps it’s maybe even inspired you to start producing your own.

If it has, we’re sure you’ll enjoy all of the nutritional benefits and the wonderful sense of well-being that you’ll get from the experience.

Are there any vegetables that you like growing that we’ve not included on our list? Let us know your favourites in the comments section, below.