A History of Garden Design

When designing your dream garden, the first step is to gather together ideas and inspiration that can be incorporated into your plan.

In today’s society one of the best ways to get inspiration for your garden is through social media photo sharing platforms, such as Pinterest or Instagram.

However, it is important to remember that humans have been gardening almost since time began and you’ll find that you can draw on inspiration from the way our ancestors went about designing their gardens.

Many previous empires and civilizations left their mark on the world through the gardens they designed and nurtured. In today’s article we’re taking a closer look at the style of gardens that they designed, and you never know, you may just be inspired to add a new dimension to your garden in the same way our ancestors did. 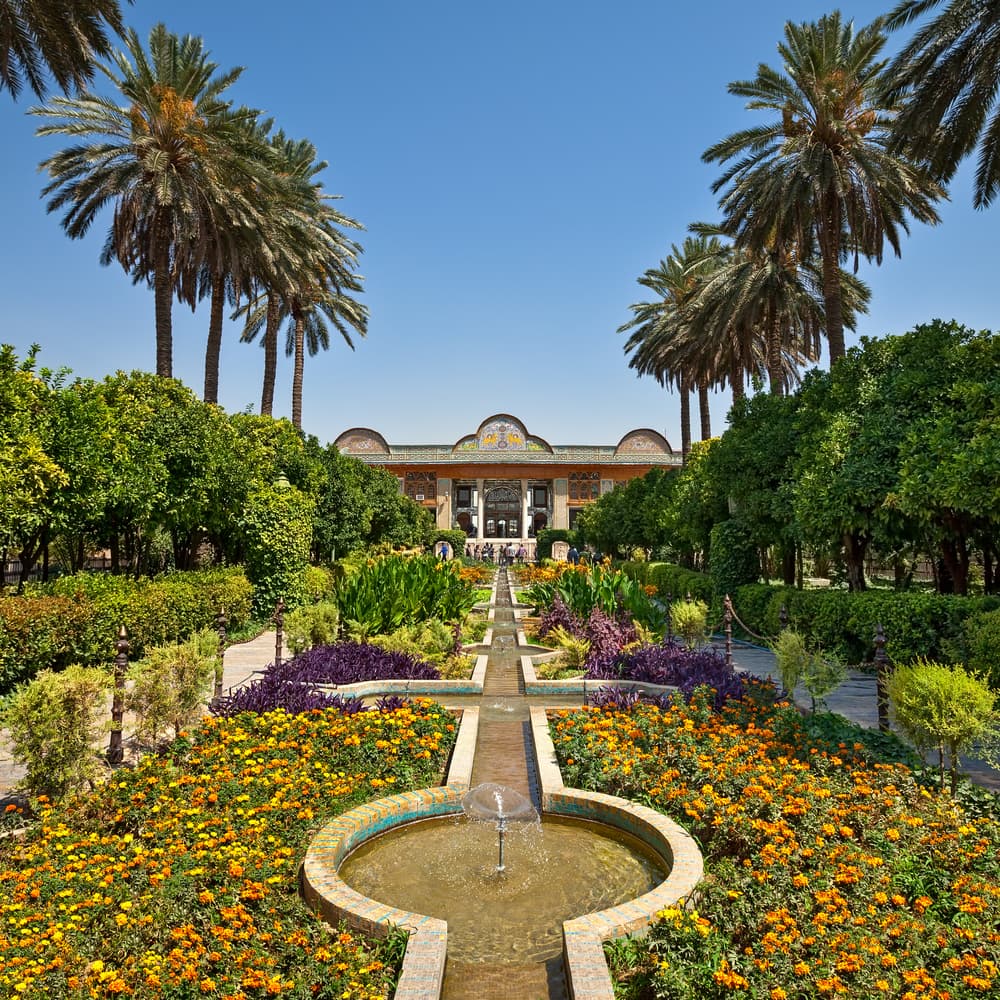 The first gardens were not man-made but were more likely to have been found by man.

However, after the emergence of the first major empires, wealthy people began to design and build gardens purely for aesthetic purposes.

The first evidence of man-created gardens are those that were designed by the Egyptian and Persian civilisations. Egyptian tomb paintings, circa 1500 BC, offer some of the earliest evidence of gardens being used for ornamental horticulture and landscape design. Egyptian gardens were typically formal, symmetrical and used to provide sources of food, such as dates, olives and herbs. Designs would also incorporate stone columns to create avenues.

The Persians were most famous for creating the Hanging Gardens of Babylon, in 650 BC; they were regarded as one of the Seven Wonders of the Ancient World. Persian gardens were also organised symmetrically, along a centre line known as an axis. They utilised many trees in their gardens to encourage game into the area. Another Persian idea was to enclose a garden by constructing walls around the perimeter.

The Persians also had a strong influence on the Greek-designed gardens at the Academy of Athens. Also, Theophrastus, an author on botany, was said to have inherited a garden from Aristotle. 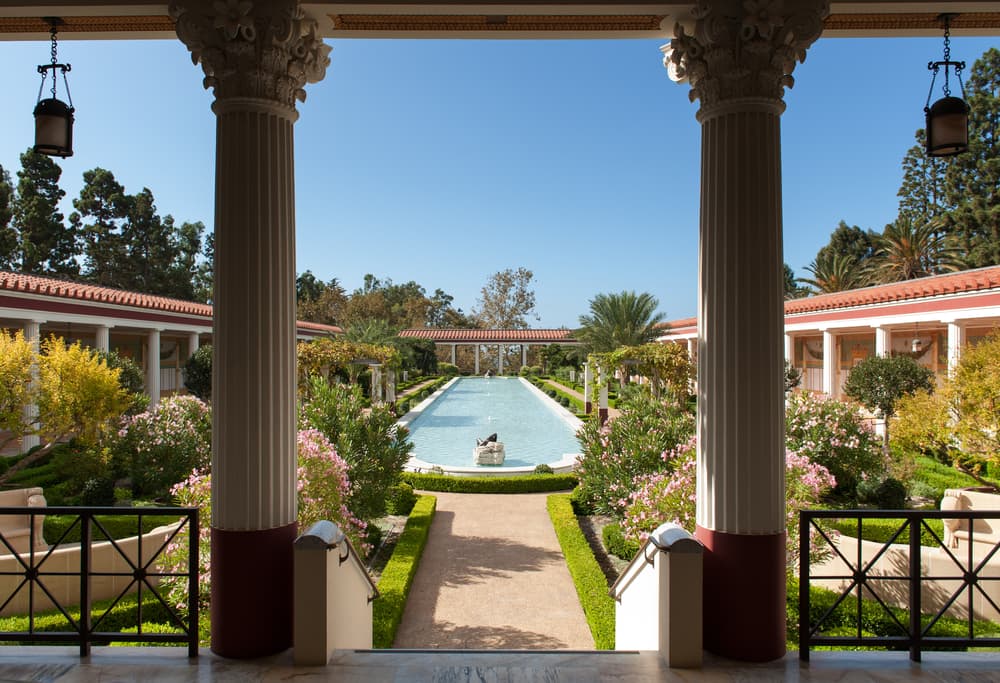 The next major empire that attempted to develop ornamental horticulture was the Roman Empire.

Roman designers attempted to create a place of peace and tranquillity, and gardens were meant to provide a refuge from urban life.

These gardens were usually in courtyards in the centre of buildings and involved the use of columns, mosaics and even fish ponds. Seeds, plants and information on agriculture were actively exchanged amongst the Roman population, which enabled gardens to be constructed right across the Empire. 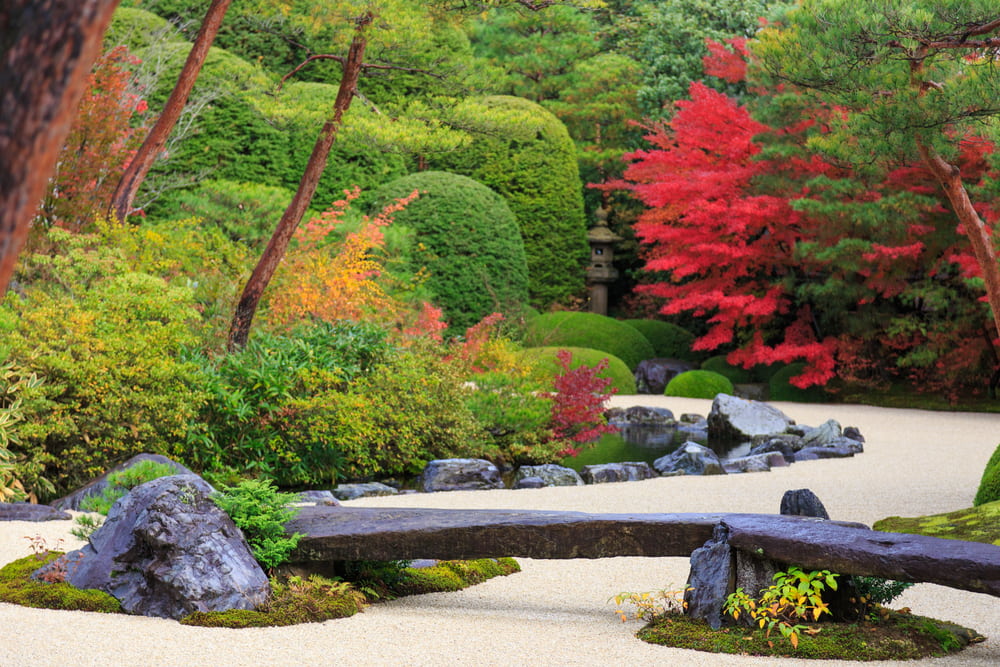 The people of China and Japan have also long had an interest in garden design, with the Chinese thought to have been developing gardens long before the birth of Christ.

They were also big believers in using objects as symbols. The colours red and gold were used to symbolise wealth, and carvings of mythical creatures were signs of luck and protection.

Chinese gardens differ from today’s Western designs in that the focus was upon unity of creation, harmony and order. There was also the absence of artificial water features or the use of lawns. 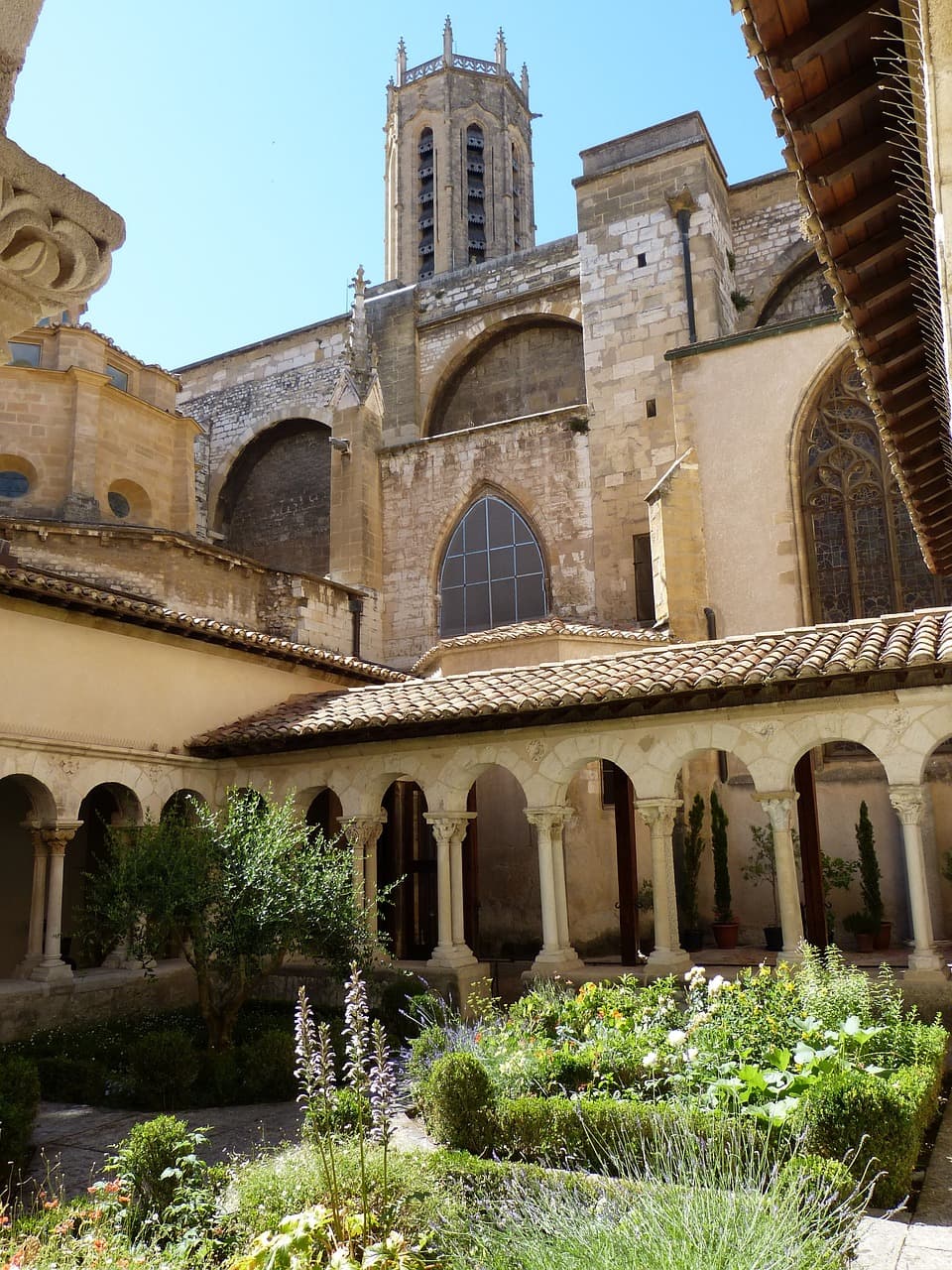 The Dark Ages saw very little in the way of development in horticulture.

The majority of gardens during this period were found in the courtyards of monasteries. This is because gardens would be used primarily as a place of meditation or worship. However, as had previous civilisations, the people of The Dark Ages used gardens as a place to grow fruit, vegetables and herbs. 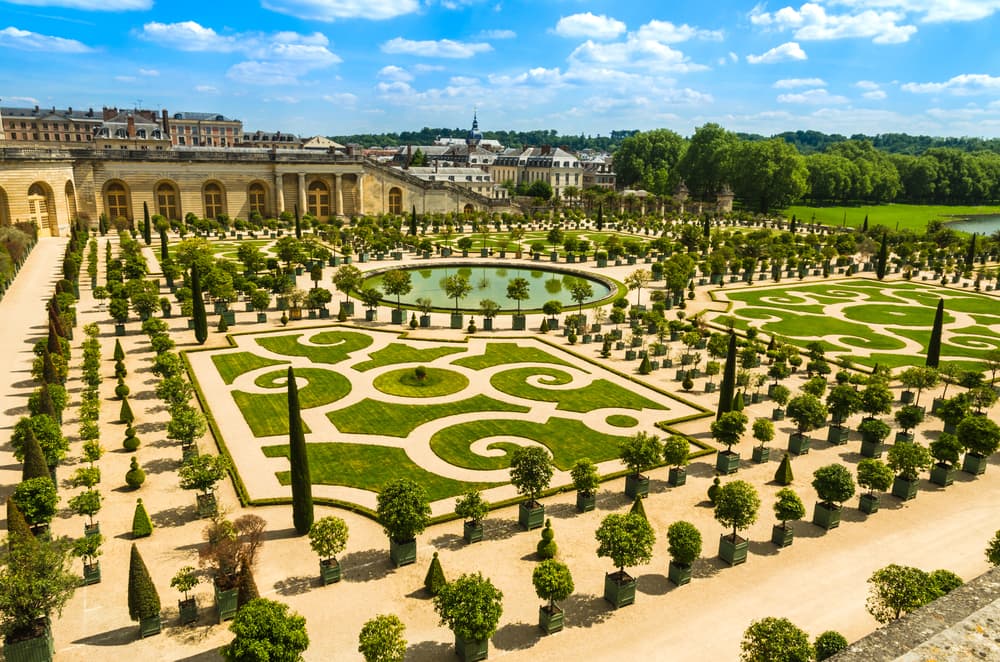 It was during the period of the French Renaissance that garden styles and designs began to develop once again. This was mainly due to King Louis XIV’s head gardener at the Garden of Versailles, Andre Le Notre. His style was on a much larger scale than the gardens of previous generations had been. His clients were extremely wealthy and Le Notre created gardens that helped show off their authority, wealth and power.

Le Notre’s ideas were based around using symmetry, with the house being located centrally within a predominantly flat landscape. He used a large central axis that became narrower, the further from the main house you were, which forced the viewer’s perspective to focus on the horizon line, giving the property the effect of seeming larger than it really was.

Ornamental gardens, much smaller than the main garden, could be found in concealed areas of the property, as Le Notre wanted to conceal the garden’s surprises. These types of gardens were also used as places to hold organised events, such as plays and concerts. This was the first time that gardens had been used for this purpose.

After Le Notre, the next designers to have a major influence on landscape design were William Kent and Capability Brown. Brown, a student of Kent’s, worked as head gardener at Hampton Court.

He believed, unlike Le Notre, that gardens should not have formality and he restyled formal gardens of the time to have a more natural, untamed look and feel. Buildings and ruins were also used to add interest and depth to the landscape. 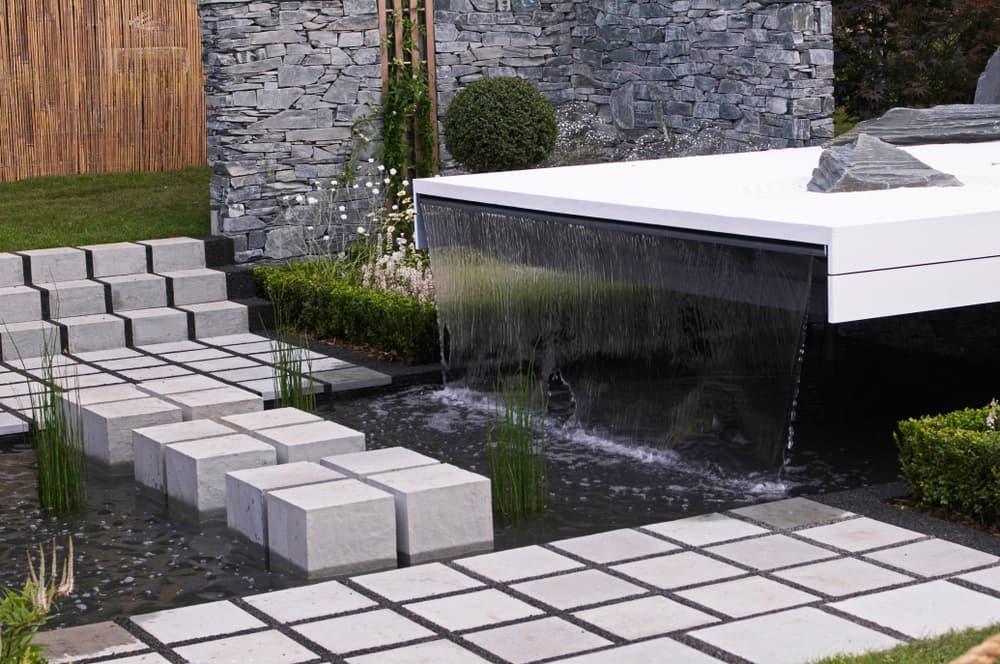 Garden landscapes have changed in style and function throughout history. This is mainly due to gardens being used for different purposes.

Early gardens were mainly used as sources of produce, and garden designers aimed to incorporate trees and herbs that would provide food for their owners and the local communities.

As gardens developed through the ages, they became areas that had certain religious connotations and were mainly found within religious buildings. These gardens were often developed and maintained by monks to be used as quiet, peaceful areas where they could perform religious activities. Even though gardens now served a new purpose, they still contained sources of food.

As Europe began to flourish after the Dark Ages, there was the emergence of the upper classes. These people wanted to show off their wealth and one way of doing this was by having a vast area of land specifically designed to showcase this. These gardens were also designed with a social and leisure aspect in mind, being somewhere the owner could entertain guests and giving a place to relax within the surrounds of their home.

Today’s gardens still take on many of the styles used by previous generations, but often with a more modern feel.

With the development of better technologies there are greater possibilities for features within a garden.

The main function of the garden today is as a place to relax and a venue for social events during the summer months, whilst also recognising the owner’s desire to add value to a property. They are also often low maintenance, to comply with the demands of today’s busy lifestyles.

Mankind has always enjoyed the pleasures that a garden can bring. As we become ever more advanced some of the techniques and methods used may change, but humans will always love connecting with nature through their gardens.

We hope this article inspires you to incorporate some garden design features from our ancestors into your own garden.