Hybrid or Fully Synthetic: Which is Best for Sports Pitches?

In recent times, hybrid sports pitches have attracted lots of attention through the media.

That’s because more and more of the world’s top flight football teams are having this type of system installed at their stadiums.

When the home of football, Wembley, along with some of the biggest football clubs in the world, such as Manchester United, Chelsea, Barcelona and Liverpool, have all invested in a hybrid surface, it’s clear that the technology is being taken very seriously indeed.

And it’s not just football teams, either – other sports, such as rugby, baseball, American football and even golf, are utilising hybrid sports surfacing.

However, hybrid surfacing is still a relatively new development, whereas its close rival, the fully synthetic sports pitch, has been around since the 1960s.

Several big players in the sporting world, including Saracens RFC, have fully synthetic pitches, and there are countless synthetic pitches that are used for training and recreational purposes right across the country.

But what are the main differences between the two different types of surface? And which one is best?

Today we analyse the two different types of surface and look at the pros and cons of each.

Let’s begin by looking at exactly what hybrid and fully synthetic sports pitches are.

What is a Hybrid Sports Pitch? 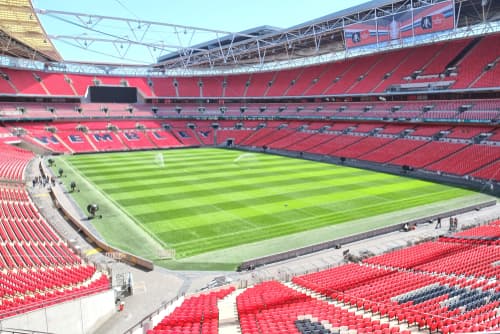 A hybrid sports pitch combines both natural grass and synthetic fibres to produce a surface that can be used for a wide variety of sports, including football, rugby, golf and baseball.

They are a variety of methods used to create this type of system.

The most common type of hybrid surfacing involves injecting millions of synthetic fibres, around 20cm in length, into natural grass and allowing them to intertwine with the natural grass roots, which binds the entire surface together.

Another method involves mixing synthetic fibres and sand off-site to allow the intertwining of the fibres, and then installing each new section of turf once the roots have matured. This system is known as Fibresand.

What is a Fully Synthetic Sports Pitch? 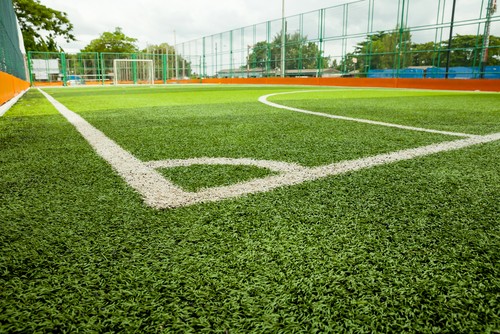 A fully synthetic pitch, often to referred to as either 2G, 3G or 4G AstroTurf, involves 100% synthetic fibres.

The synthetic fibre or yarn is usually manufactured from either polypropylene or polyethylene tufts, which are woven into a backing material.

Pile heights can range from as short as around 20mm up to 80mm. Synthetic turf is infilled with sand and/or rubber granules to replicate the natural bounce and roll of the real thing.

Which Type of Surface is Best?

Comparing both surfaces and deciding which is best ultimately depends upon your circumstances.

To help you decide, let’s compare and contrast both types of sports pitch in terms of cost, performance, longevity, aesthetics and maintenance.

When it comes to the initial installation cost, a fully synthetic pitch is generally the more cost-effective option.

However, the introduction of textile-based systems has helped to reduce the overall cost of hybrid pitch systems.

It also worth considering that existing site conditions have a significant impact on costs so we would highly recommend getting quotes for both types of system for accurate comparison.

As discussed in our previous article, ‘How to Maintain a 3G Football or Rugby Pitch’, fully synthetic pitches require regular brushing, both to reinvigorate the fibres and to help to maintain an even distribution of the infill material. In addition, regular topping up of the infill material is required, as is litter removal.

This is relatively little work in comparison to that needed for a hybrid pitch, which requires all of the usual maintenance activity carried out for a real grass pitch, including mowing, watering, fertilisation, scarifying, plant nutrition, disease and pest management. Also, there’s a range of additional renovation work required at the end of the playing season.

This means that a hybrid pitch system requires skilled and knowledgeable groundsmen, along with specialist (and not to mention expensive) machinery in order to maintain its appearance. The increased level of maintenance required means that the ongoing costs of a hybrid pitch are much higher than those of a fully synthetic pitch.

Unless you are searching for a playing surface for a top flight sports team and have the resources to back it up, you may find that you struggle to properly maintain a hybrid surface.

This really depends upon how you define performance.

If you are looking for a surface that will be able to replicate a real grass pitch but has the capability of withstanding frequent use, without the playing experience deteriorating quickly, then a fully synthetic pitch will meet these criteria the best.

If, on the other hand, you are looking for a surface that most closely replicates playing on a real grass pitch, whilst keeping a greener appearance, then a hybrid pitch has the edge as it utilises the best of both worlds. But you are limited as to how often you can use a hybrid surface.

Essentially this means that for professional clubs, where matches are played no more than on a weekly basis, choosing a hybrid surface will offer you the best experience in terms of performance.

However, for smaller clubs, shared pitches and public pitches, choosing a fully synthetic pitch will mean that the surface can be used far more frequently without the turf deteriorating.

Fully synthetic pitches have been used since the 1960s, so we have lots of examples to show how well they fare over time.

Injected fibre hybrid pitches, in their earliest form, first began being used in the 1990s and it wasn’t until the early 2000s that a woven product, which incorporated synthetic fibres sewn into a backing material with intertwined real grass, was first used, by a Dutch manufacturer.

This means that hybrid pitches are a far more recent development and still in the early phases of use.

However, there is a growing number of professional football teams utilising this type of system, with lots of investment going into this type of surface, so it is clearly highly thought of by groundsmen at the world’s top clubs.

At this stage it is still very difficult to compare the longevity of both types of surfacing side-by-side.

What we can say for certain is that fully synthetic pitches will be able to withstand fairly frequent use (several times a day), as opposed to hybrid pitches which can only be used a couple of times per week.

Manufacturers of both types of surfacing claim lifespans of 15 years; in the case of our own testing, we know that this is the case with fully synthetic turf but, of course, it ultimately depends upon frequency of use and proper maintenance. 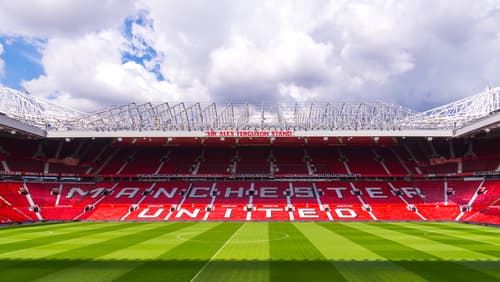 Hybrid surfaces can use anything from 5% synthetic fibres up to around 15%. This means that this type of surface is still predominately real grass, but contains enough synthetic fibres to ensure that the grass remains green and lush even when badly worn.

Early forms of fully synthetic turf were unrealistic looking, to say the least; however, within the last ten years or so this has all changed and it’s now very difficult to tell the difference between real and fake grass fibres.

Because of this, there’s not really much to separate the two in terms of aesthetics; however, as a hybrid surface contains real grass, too, it probably just edges out fully synthetic, in our honest opinion.

However, although hybrid pitches are able to stand more frequent use than real grass, fully synthetic turf can be used virtually around the clock.

Fully synthetic turf also requires far less maintenance than a hybrid surface, due to the obvious fact that it’s not a living organism.

Choosing the best type of surface really depends upon your circumstances.

If you are a top flight professional sports team with deep pockets, then a hybrid surface may well be the best bet. This is because it will offer the best playing experience and be able to withstand more frequent use than a 100% real grass pitch. It will also mean that the turf will still have a lush green appearance even with regular use throughout an entire season.

But for anyone else, such as smaller clubs, public sports centres and schools, a synthetic pitch will likely tick all the right boxes.

It will incur a far smaller initial outlay, the maintenance costs are minimal and it can be used frequently. This means that a number of different clubs and sports can share the playing surface, making it a far more economical choice.

If you are considering installing 3G artificial turf or a MUGA sports pitch, then get in contact with us today and find out more about our range of synthetic sports products.