The advancement of synthetic turf over the past 10 years or so has meant that today’s artificial grass is capable of replicating the look and feel of the real thing.

This has meant that more and more sports teams are now turning to 3G surfacing for their pitches.

With such a long list of advantages over real grass, it’s little wonder that more and more rugby clubs are choosing to fake it.

The International Rugby Board first approved the use of artificial pitches back in 2003 and the first professional rugby team to go fully synthetic, here in the UK, were Saracens.  Their first was match played on 3G turf back in 2013.

There’s no doubt 3G rugby pitches have many distinct advantages over their real turf counterparts and in our latest article we’re going to be making a comparison between the two different types of surfacing.

We’ll compare and contrast real and synthetic grass against key criteria, such as initial financial outlay, ongoing maintenance, lifespan, frequency of use, injury prevention and performance.

Let’s start at the beginning and look at the initial financial outlay involved with both types of rugby pitch.

There is no doubt about it, installing a 3G rugby pitch is not cheap. The initial outlay can be high in comparison to real grass.

The installation process typically requires the removal and disposal of the existing surface, laying down a suitable sub-base material (typically a permeable tarmac), laying the 3G turf and, finally, adding the sand and rubber infills, to mimic the roll and bounce of real grass.

When compared to real turf, there is significantly higher cost.

As we will find out later, though, the ongoing costs are far lower and, over time, the high initial outlay is often recouped.

This is where 3G turf will claw back its high initial financial outlay.

The amount of maintenance required to keep a 3G pitch in tip-top condition is far less than for real grass, and demands far fewer man hours. 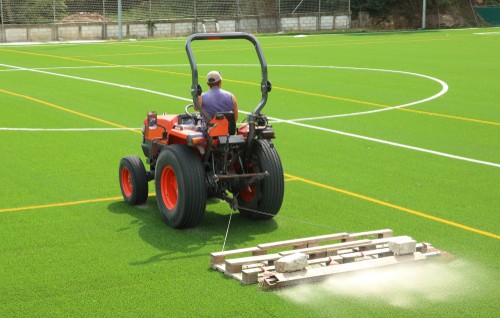 We have covered the maintenance tasks involved with 3G turf previously. The only regular maintenance AstroTurf requires is light brushing and litter removal. This is a quick and easy process that can be carried out by a single person. Depending on the size of the pitch, brushing typically takes no more than an hour and is only required after every 12–15 hours of play.

More intensive maintenance is required bi-annually, or every 500 hours of play, and involves more vigorous brushing and the top-up or replacement of infill material.

Real grass, on the other hand, involves much more care and attention.

Divots and localised damage must be repaired after every use to ensure the pitch remains safe to play on.

In addition, it requires a team of skilled and experienced grounds maintenance staff to carry out these tasks, at a regular and significant financial expense for the rugby club.

In terms of both maintenance hours and financial cost, artificial turf is the clear winner, here.

Real grass, in theory, could last forever, but in reality, most real turf rugby pitches need to be re-laid, from scratch, fairly frequently. Prior to opting for a hybrid pitch (more on that later), Wembley Stadium were relaying their real grass pitch every four months, at the cost of a staggering £125,000.

Depending upon usage levels, most 3G rugby pitches have a typical lifespan of 8 to 10 years. 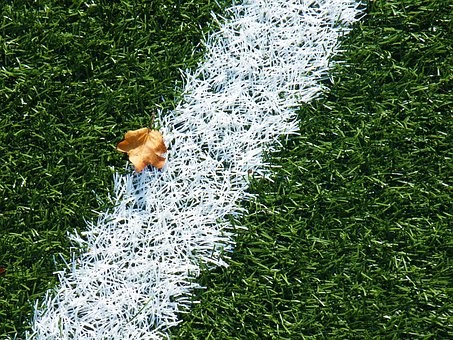 They need to be replaced because the plastic yarn begins to degrade, which affects the performance of the turf.

However, most tarmac sub-bases are usually still perfectly suitable for further use at this stage and, as much of the initial cost is in the ground preparation, replacing an old 3G AstroTurf rugby pitch with a new one, is normally significantly cheaper than the initial installation.

One of the major advantages of 3G surfacing is that it can withstand far more frequent use than real grass.

This means that having a synthetic turf pitch can save professional rugby teams money, as they will be able to train all week long and then play their match, all on the same pitch.

It is beneficial for teams to train on the same pitch to enable them to become as familiar with the conditions of the stadium as possible, in order to be best prepared for match day.

The additional frequency of use makes AstroTurf a viable proposition for even amateur rugby clubs as it means that they will have the option to hire out their playing surface to gain additional income. It’s even possible to hire out the surface just a few hours before a match, without affecting the playing conditions of the turf.

Amateur rugby clubs could also team up with other clubs and sports to share the costs and usage of a new 3G AstroTurf multi-sports pitch. 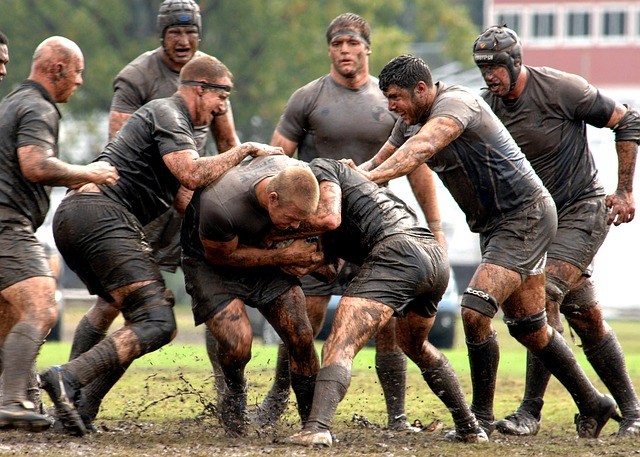 Real grass can churn up or become a mudbath, increasing the likelihood of player injuries.

The rubber infill of a synthetic surface also helps to cushion the impact of falls and tackles.

For professional rugby clubs, it’s very important that the potential for player injuries is minimised as much as possible. In today’s competitive world, there is both pride and financial consequences at stake in the professional game, and clubs need to ensure that they have their best squad available for as much of the season as possible.

Choosing to install a fully synthetic rugby pitch is a fantastic investment in both the club and the careers of its players. 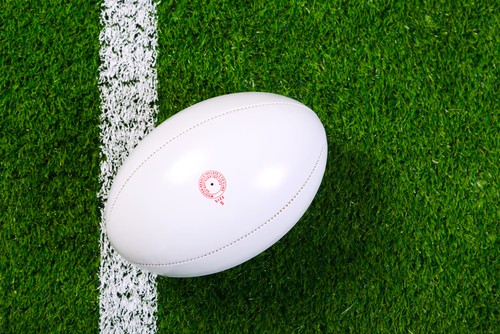 In terms of performance, these days, with the advances in artificial grass technology, there is very little separating the two.

The rubber infill of synthetic rugby pitches perfectly mimics the roll and bounce of real grass.

But of course, at the end of the day, it is an artificial surface, designed to mimic natural turf and therefore, it could be argued that you can’t beat the real thing. 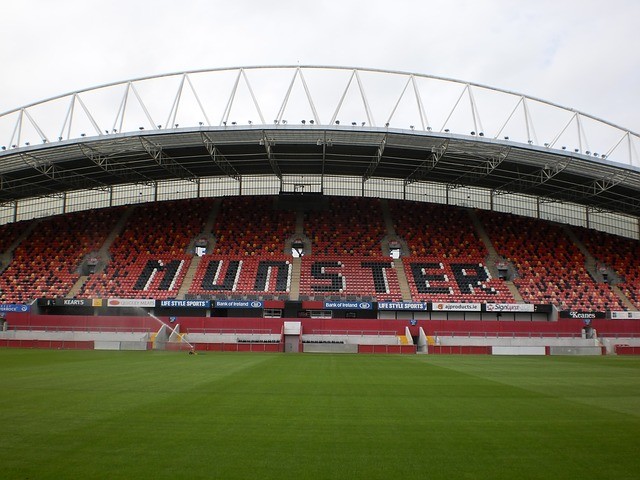 In terms of appearance, it’s very difficult to tell the difference between synthetic and real turf pitches.

With the advancement of technology, the artificial fibres of 3G AstroTurf now perfectly resemble real blades of grass, to provide a natural-looking synthetic yarn. Side by side, it’s difficult to tell them apart.

Where natural grass has a distinct advantage is that a skilled groundsman can incorporate many different types of designs and patterns into a real turf rugby pitch, and these can be changed on a frequent basis.

However, 3G AstroTurf is far more restricted in this respect.

It is possible to install strips in synthetic pitches, but once it’s installed, the only option of changing it is to rip it up and relay it and that, of course, would not be financially viable for any club.

There are so many advantages of 3G surfacing that they’re difficult to ignore. The quality and playability of synthetic turf has improved greatly over recent years and it now perfectly replicates the real thing.

Although the initial outlay is certainly significantly higher than for real grass pitches, the long-term cost and maintenance requirements are far lower.

Frequency of use is a big factor for many rugby clubs, particularly if they have to share their pitch with other teams and other sports. A huge benefit of 3G Astroturf is that it can be played on virtually around the clock as it demands only very short maintenance periods. This makes it a lucrative investment for professional and amateur rugby clubs alike.

There are, of course, pros and cons to both types of surfacing and it often depends on the needs of the individual club as to which option is the best.

Many professional sports clubs, not just rugby teams, are opting to install ‘hybrid’ pitches, giving sports teams a third choice. This type of surfacing involves sewing synthetic fibres into a natural grass field, causing the natural roots to intertwine and lock the synthetic fibres into place. Advocates of this method are claiming that it offers the best of both worlds. This, however, is a topic for another day!

View Our Artificial Grass
Change Location
To find awesome listings near you!
We use cookies to ensure that we give you the best experience on our website. If you continue to use this site we will assume that you are happy with it. I'm ok with thatPrivacy policy