Our NeoGrass Approved Installers have been installing fake grass in the towns and villages of North Yorkshire, South Yorkshire, East Riding of Yorkshire and West Yorkshire for several years.

If you are considering a DIY installation, we can also supply artificial grass across the county of Yorkshire. To obtain your free sample pack, please click here. 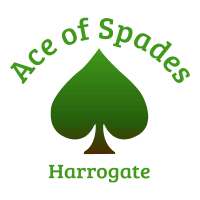 Why Choose Artificial Grass for Your Yorkshire Garden? 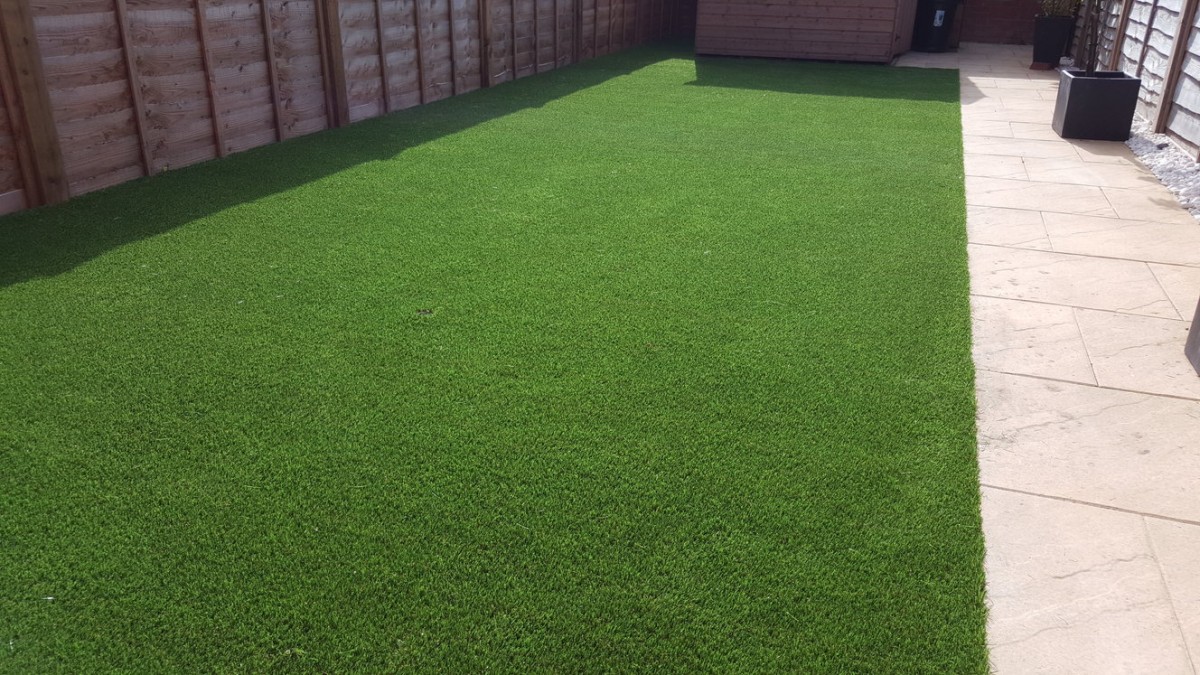 With artificial turf you can say goodbye to that muddy, patchy grass and hello to a pristine, lush green lawn, one that will be the envy of all your neighbours.

Many people across the county of Yorkshire struggle to maintain real grass, either through a lack of time and/or know-how, or due to difficult growing conditions.

It’s true that fake turf isn’t entirely maintenance-free, but it does take considerably less than the time and effort demanded of real grass.

Having an artificial lawn saves local residents across Yorkshire hours of time in endless mowing, strimming, watering, feeding and treating.

Synthetic turf will continue to look green and natural all year round, regardless of the weather, and there is no more mud or mess, either.

Kids and pets can use the lawn all year round without getting covered in mud or damaging the grass.

It is also great for people with allergies, as it reduces exposure to pollen, making the spring and summer months far more enjoyable for hay fever sufferers.

Supplying & Installing Artificial Grass Throughout the County of Yorkshire

We have supplied and installed fake grass across many of the major towns and smaller villages, including Leeds, Bradford, Sheffield, Kingston upon Hull, York, Huddersfield, Wakefield and Halifax.

We love the county of Yorkshire, with its friendly locals and its varied culture, and we very much enjoy transforming the lawns of its local residents. 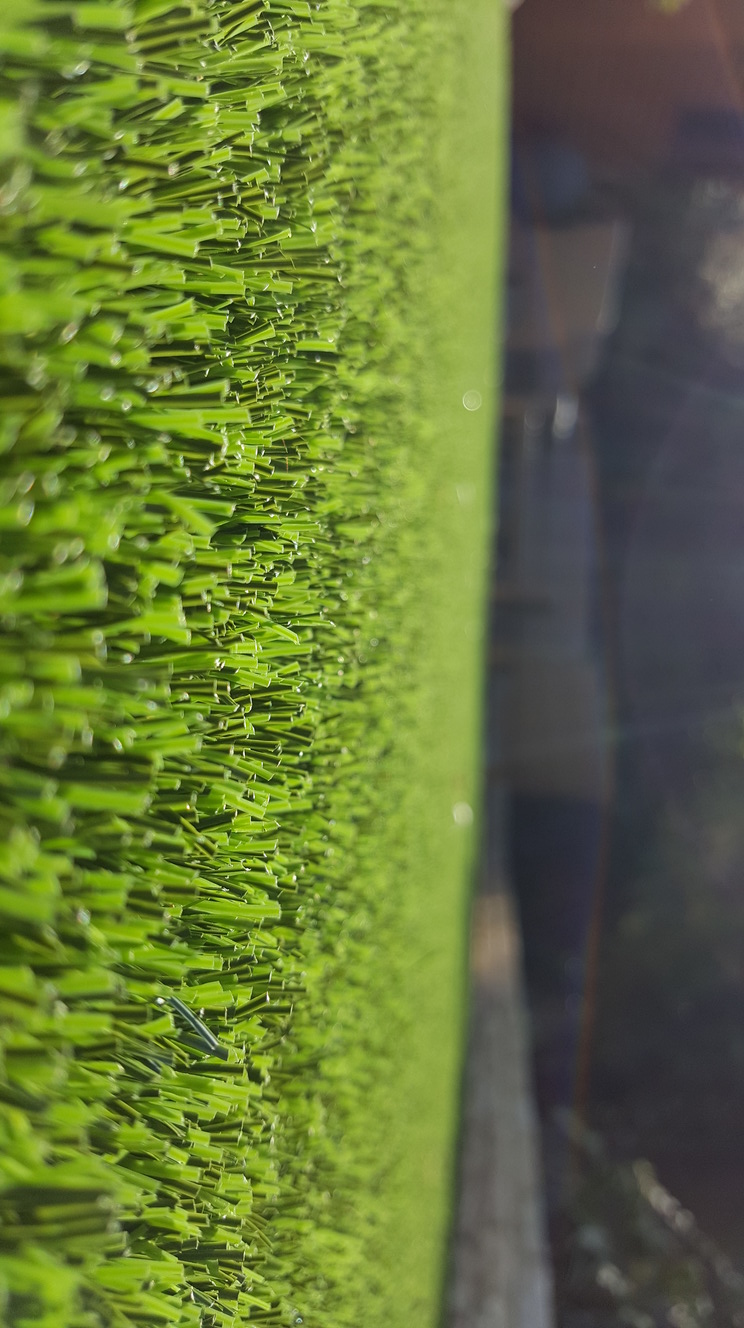 Yorkshire is the largest county in England, covering an area of 4,596 square miles. It’s a breathtaking mix of hills, dales, moors and coast. Even if they’ve never visited the area personally, fans of All Creatures Great and Small and Last of the Summer Wine will appreciate its beauty, having been treated to some glorious views over the years.

Notable beauty spots include Malham Cove, a huge curved limestone formation created by a waterfall over 12,000 years ago, the spectacular Aysgarth Falls, and the soaring Three Peaks – Whernside, Ingleborough and Pen-y-ghent – which are an element of the Pennines.

Tourists flock to the historic walled city of York to see The Shambles – perhaps the best-preserved medieval street in the world – and the mighty York Minster. You can also walk the medieval city walls. History buffs will love not only the architecture, but the wealth of museums the city has to offer, which tell of its fascinating history from Roman times to the present day.

North Yorkshire’s coastline is stunning, whether you’re heading down the steep cobbled roads to the harbour in Robin Hood’s Bay or climbing the 199 steps in Whitby, up to St. Mary’s Church and the breathtaking Gothic ruin that is Whitby Abbey. Keep an eye out for the seagulls when you’re down on the prom, though – they’ll pinch your chips as soon as look at you!

Yorkshire has produced its share of Gothic horror – Bram Stoker was inspired to write Dracula following a visit to Whitby, and Susan Hill, who wrote The Woman in Black, is from Scarborough, just up the coast.

Famous faces from the area that have been seen on the big and small screen include Dame Judi Dench, Brian Blessed and Dame Diana Rigg. And, of interest to fans of the Netflix series, Stranger Things, Charlie Heaton – who plays Jonathan Byers – hails from Bridlington in the East Riding.

Music is also well-represented. Both Pulp and Arctic Monkeys got together in Sheffield – Joe Cocker comes from there, too – and Robert Palmer, arguably most famous for the hit single ‘Addicted to Love’, was born in Batley, in the West Riding. 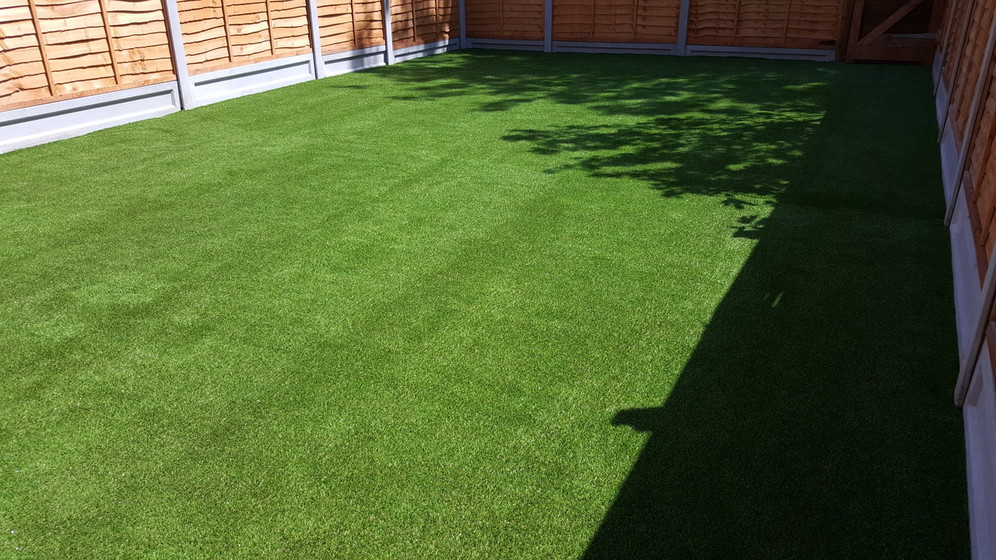 Lovers of gardens will be delighted with what Yorkshire has to offer. Sheffield Botanical Gardens is established as an outdoor cultural venue and Studley Royal Water Garden, dating from the 18th century, surrounds the ruins of Fountains Abbey, a beautifully preserved – although ruined – Cistercian monastery. Brodsworth Hall and Garden, near Doncaster, has croquet lawns, and RHS Harlow Carr has a hedgehog-friendly garden. There’s something for everyone in Yorkshire’s gardens.

If you’re a homeowner or business owner in Yorkshire and would like a free artificial grass installation quote, please contact your nearest NeoGrass Approved Installer today to arrange for a free site visit.

How Should Artificial Grass Be Installed?

And it’s also extremely important to ensure that it is installed correctly.

That’s why we’d highly recommend using a trained and vetted NeoGrass Approved Installer to carry out your AstroTurf installation.

Their knowledge and experience will ensure a high quality, long lasting installation. They will have the best tools for the job, too. 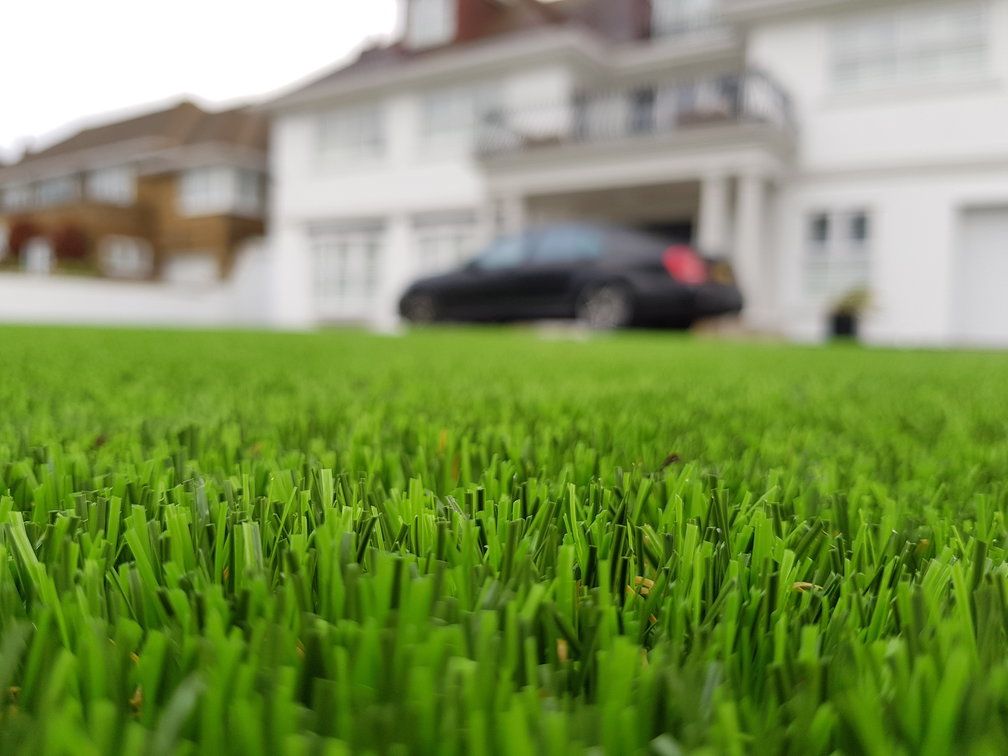 The key to installing fake grass correctly really lies within the groundworks.

A typical installation that involves replacing real grass means excavating a minimum of 75mm below the finished height of the lawn.

An edging system, typically consisting of treated timber, plastic lumber or steel edging, should then be installed to the perimeter of the lawn.

Once excavated, a weed membrane must be installed to the sub-grade to prevent weed growth and provide a barrier between the earth and the sub-base.

We recommend installing a sub-base comprising either MOT Type 1 or 20mm granite/limestone chippings.

The choice between the two is a matter of permeability.

The 20mm granite or limestone chippings are permeable, meaning that liquids will drain through the turf and then away through the sub-base material.

This makes it ideal for poorly draining areas, or for those who have dogs and pets, as it will allow urine to drain away.

Alternatively, MOT Type 1 can be used.

Both types of sub-base should be installed to a minimum depth of 50mm for a domestic garden lawn, and thoroughly compacted using a vibrating plate compactor. For heavy use areas or commercial applications, 100mm may be necessary. 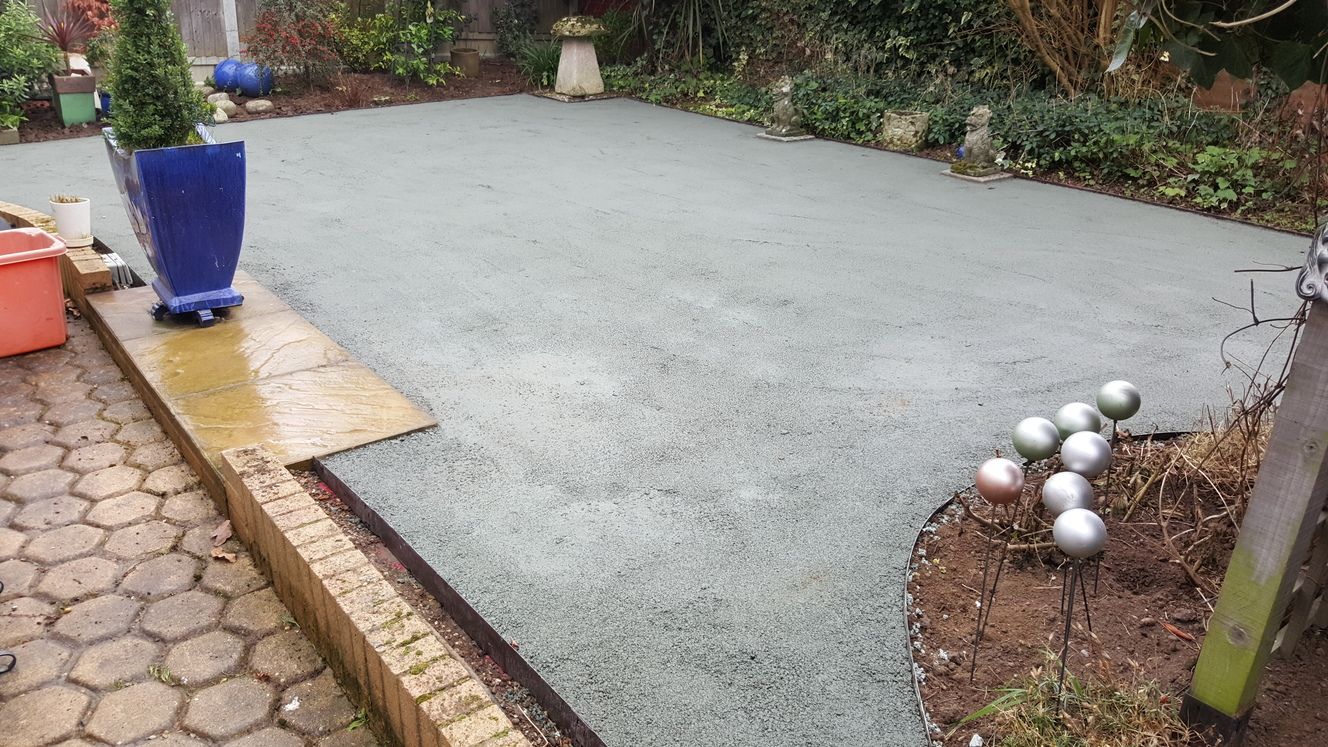 After the sub-base comes the laying course. For this, we recommend using either granite (aka grano) or limestone dust, whichever can be sourced locally.

This should be levelled and compacted to a depth of 25mm, to provide a smooth, flat surface upon which to install the fake grass.

An optional final layer of weed membrane can be installed on top of the laying course, as an extra line of defence against weeds. If, however, you have pets, it’s best avoided, to prevent it from absorbing urine.

For the best results, we highly recommend using the services of your local NeoGrass Approved Installer, whose contact details you can find above.

However, if you wish to go down the DIY route, we’d recommend following our standard installation procedures, explained here. You can buy artificial grass for your Yorkshire property from the NeoGrass website.

Here's what our Yorkshire Customers have to say...